Focusing on protecting young children’s vision, this article guides educators through the importance of learning balance and life skills outdoors.

This article provides ideas, activities, and a time plan for successful outdoor learning experiences in any child care facility. 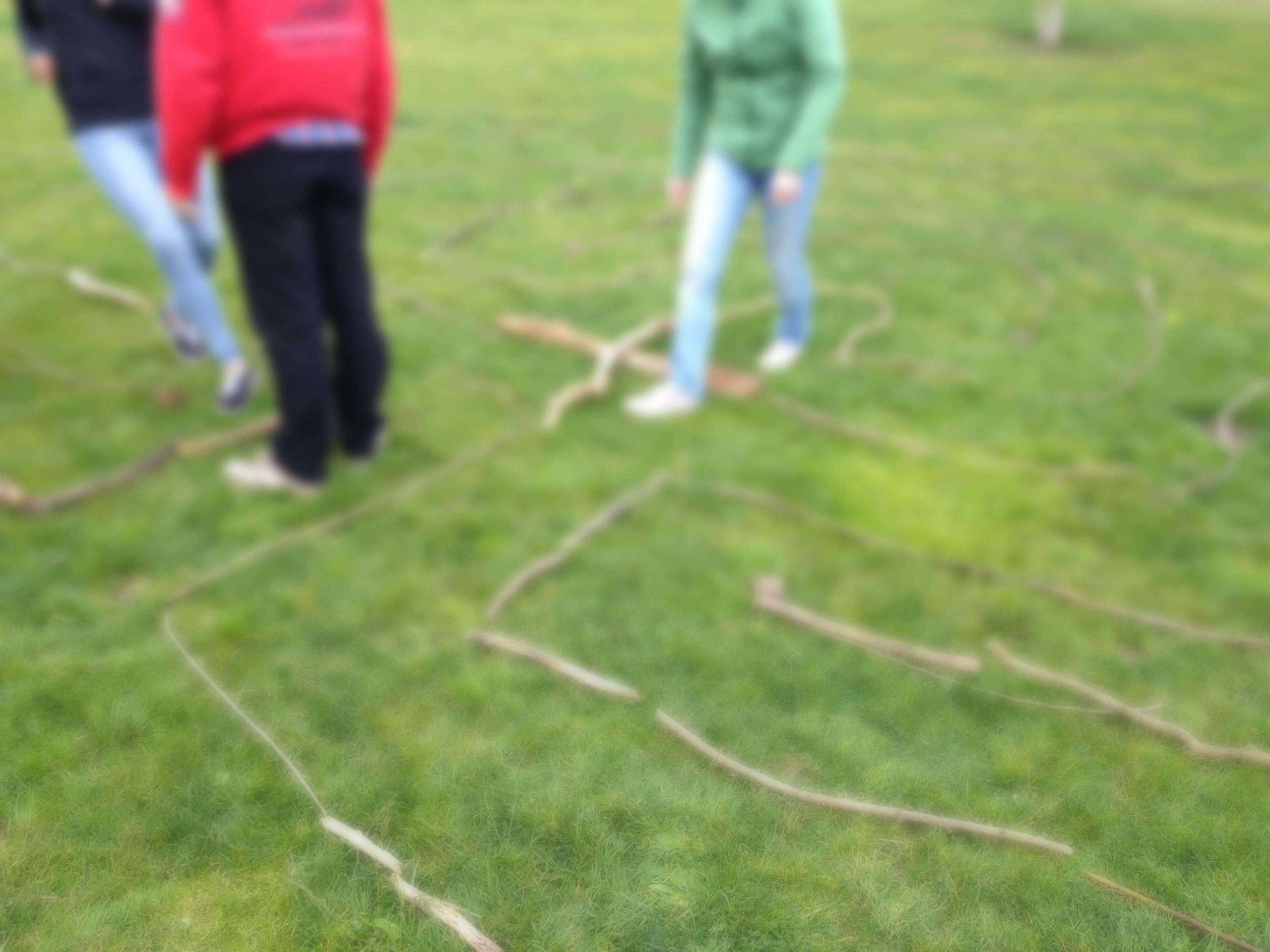 A widely-read article in Nature by Elie Dolgin reports that short-sightedness“ now affects around half of the young adults in the United States and Europe — double the prevalence of half a century ago.”

Many ophthalmologists and endocrinologists believe there is a simple solution to this ongoing “myopia epidemic”: increasing children’s exposure to daylight. However, the solution is only apparently a simple one; finding ways to do so on an everyday basis is, in fact, a major challenge for schools, education professionals, and parents. This article discusses that challenge, suggests a quick and practical solution, and offers three simple ideas to help school administrators, teachers, and caregivers increase both quality learning and outdoor playtime for young and very young children.

The number of short-sighted young people is rising fast. It is tempting to blame the situation on the overuse of electronic devices and prolonged screen time; however, the core of the problem lies first and foremost in the spaces where each of us now lives, learns, and works. As Dolgin writes in his article, “The Myopia Boom”,

Retinal dopamine is normally produced on a diurnal cycle — ramping up during the day — and it tells the eye to switch from rod-based, nighttime vision to cone-based, daytime vision. Researchers now suspect that under dim (typically indoor) lighting, the cycle is disrupted, with consequences for eye growth.

Scientists are conducting research on the production of retinal dopamine in children who tend to spend most of their time indoors — both in school and at home — at a maximal light exposure of 500 lux, whereas, according to Ian Morgan, a researcher at the Australian National University in Canberra, “children need to spend around three hours per day under light levels of at least 10,000 lux to be protected against myopia.”

Ophthalmologists have now issued a challenge to school directors, early education professionals, teachers, and parents worldwide. They are asking us whether it is possible to expose the children in each of our countries to three whole hours of daylight every day based on the children’s — and our own — current lifestyles. Think about it: three hours a day, day in and day out, even in the wintertime. For many, it seems an impossible goal. How can we achieve it? 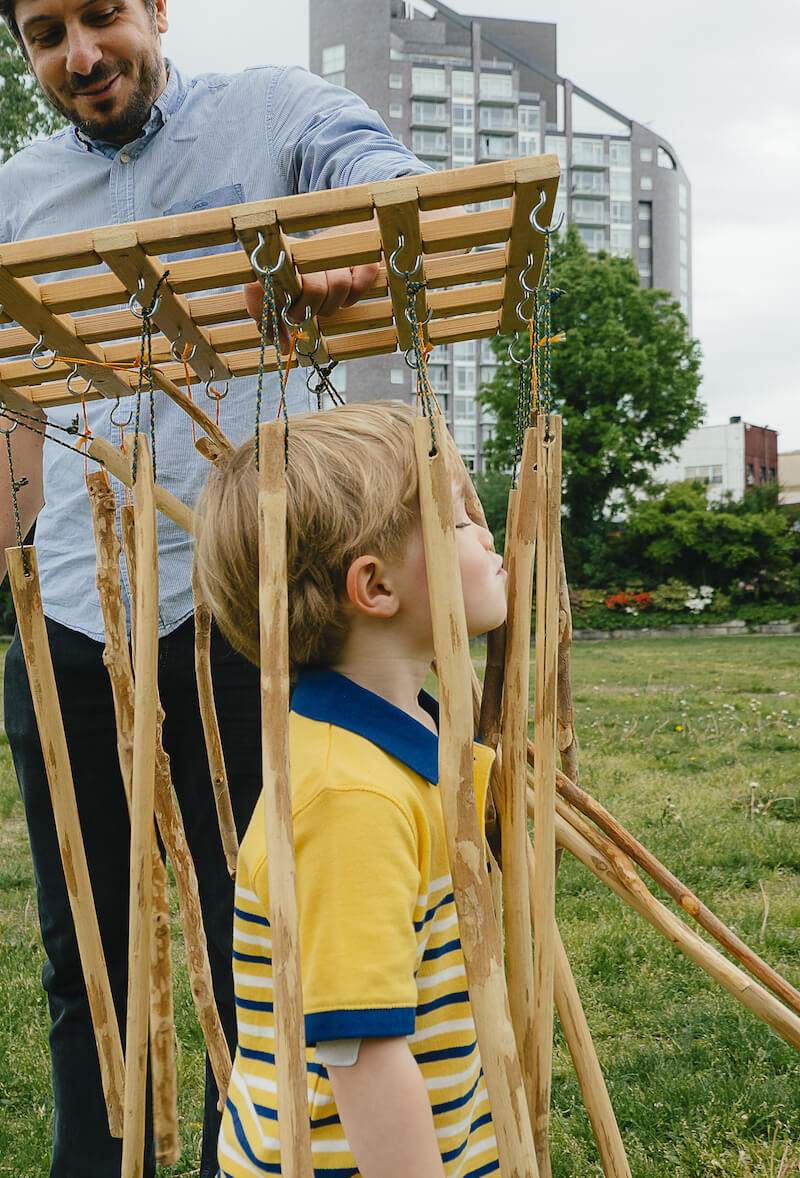 Humans are not shaped by their brain, but by the collective whole of all their organs,

If you are a teacher, I’d ask you to think for a moment beyond your program or curriculum. If you’re a parent, I’d like you to focus on what learning means over and above the acquisition of knowledge.
Ophthalmologists are warning us that something has been disrupted in the organs that are responsible for the correct functioning of young people’s visual systems. These organs have to relearn how to do their job properly; in fact, it isn’t just the brain that’s capable of learning, but the entire body, including each of our organs. So if you find the idea of a “myopia epidemic” disturbing, you might want to consider investing some time in finding innovative ways to help your young students nurture their own health, including the development of their bodies and organs. Parents, too, can think up similar “projects” to undertake with their children.

Getting back to the three-hours-a-day challenge, some of you might wonder exactly how and what we can teach kids outdoors, and — in a real, practical sense — for how long. Personally, I believe it would already be a great start if each of you could find a way to work with your students out in the daylight even for just one hour a day.

Why not do a test run, investing 20 minutes of your class time once a week as an initial experiment? I’d like you to reflect on how much more children could learn and experience in the daylight, through simple actions to stimulate their vision, than you might have previously thought. 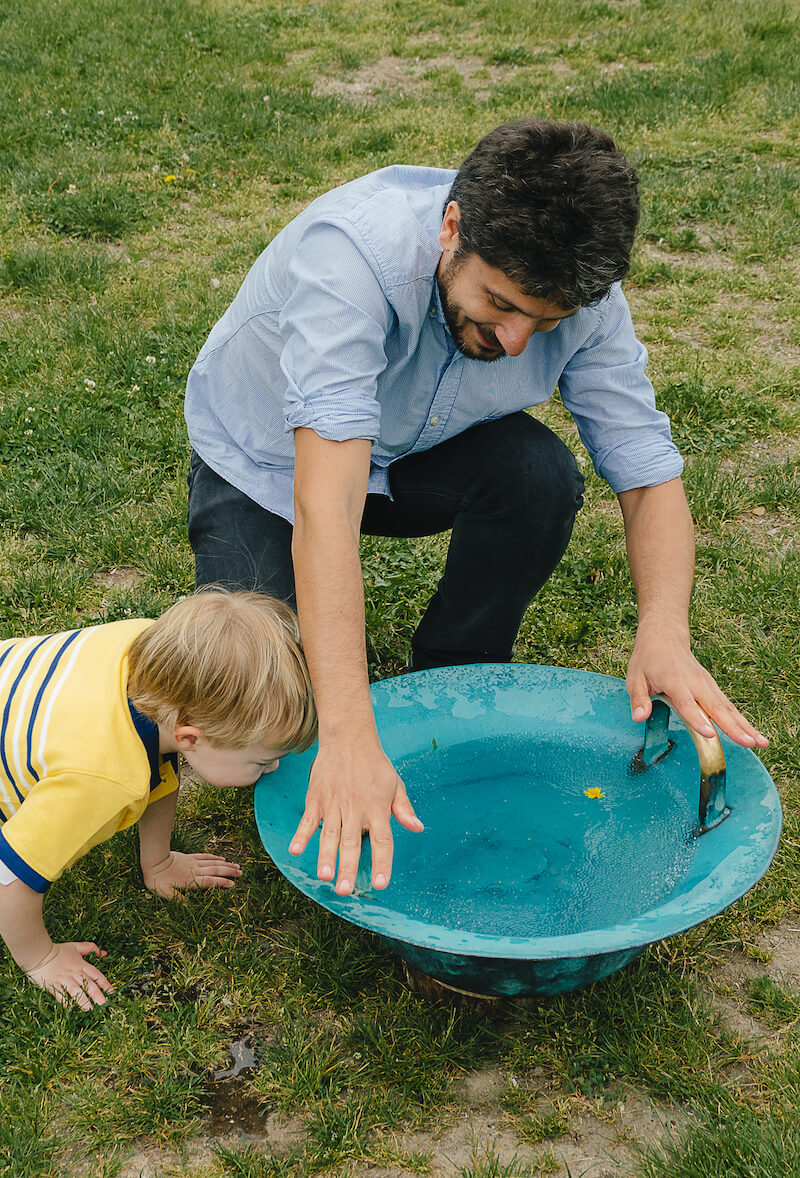 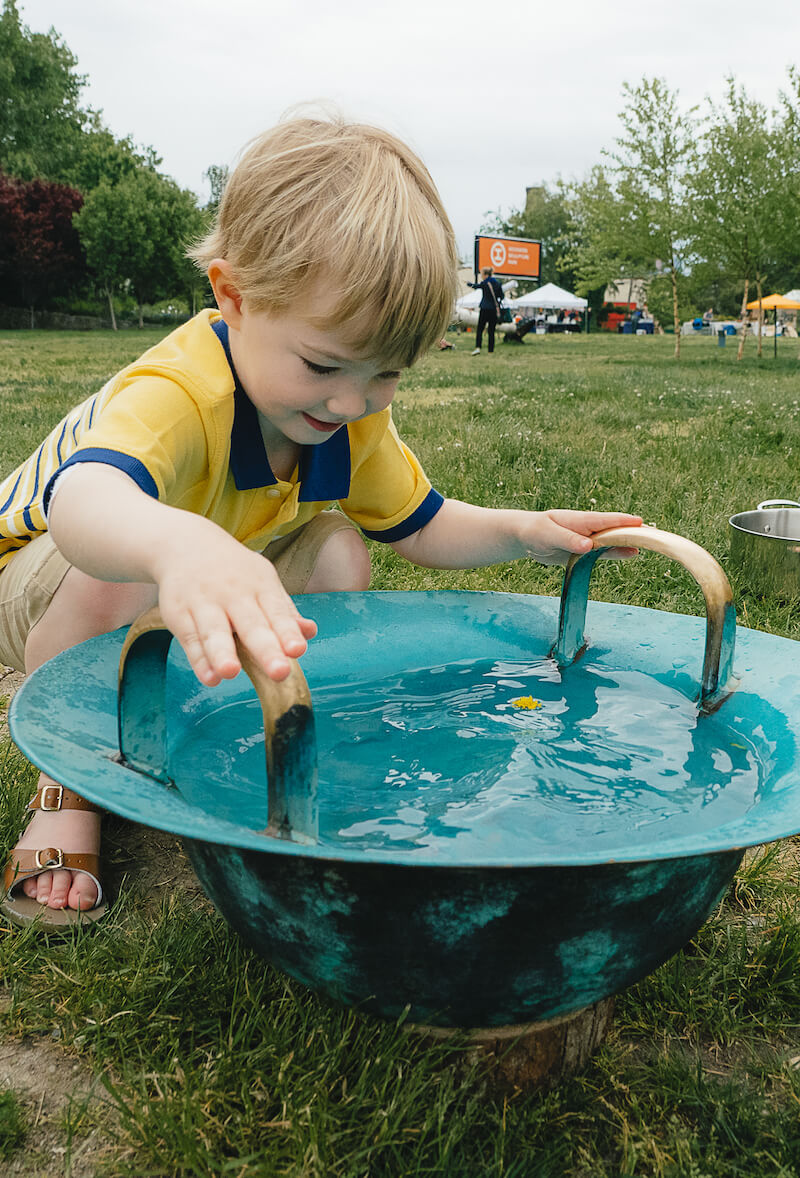 Set up a learning environment in advance by choosing a mix of materials from your classroom and from nature outdoors. Think about how you feel in the daylight, far from the classroom, and observe what is going on with your students outside those same four walls. If the sunlight is too bright for them (or for you), you can change your location so that everyone can enjoy the light while keeping focused on the activities.
If it rains, let it rain!

You’re going to need to train your own consciousness of space and time outdoors in order to teach there effectively, ensuring quality time in the daylight for children. But as soon as you find a way to get them outdoors, you will already have begun to increase their exposure to daylight, and their bodies and organs will immediately become more active in response. It’s natural, in fact, for kids to look for hands-on learning experiences on their own. You won’t need to invent specific exercises to strengthen their vision; the daylight will be enough.

To help you with your “test runs” I’ve provided some simple, no-cost, hands-on ideas below. Observe the kids, play with them and enjoy! 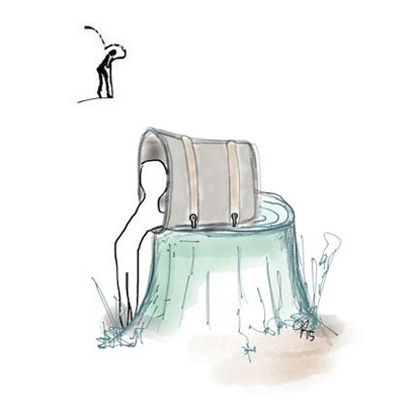 Remember Peek-a-boo? While the goal here is not to help kids grasp the concept of object permanence, the Humming Bucket uses the psychomotor basics of that game, alternating light and darkness, sight and invisibility, and presence and absence. Here’s how it works: a child starts by observing a bucket sitting on a tree stump outside in the daylight. They then put their head inside the bucket and begin humming or buzzing to themself, experimenting with her auditory perception and feeling their body’s vibrations. They might choose to close their eyes to “look at” or concentrate on themself. Afterward, they will experience the joy of “resurfacing” into the daylight. The “humming bucket” construction can also improve children’s communication and language skills and help them find their way to resilience. All you need is a plastic bucket (or a large vase or soup pot) and a tree stump!

Advanced variations
The bucket gives children the opportunity to use their creativity to learn about shapes, circles, cylinders, cones, measurements, and quantities; with the tree stump, they can learn about rings, circumferences, and numbers. 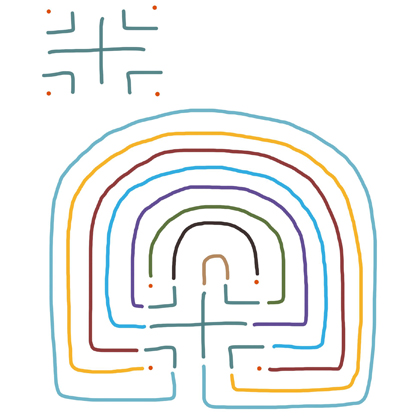 This is a place/space that kids can explore in all sorts of ways: barefoot for experimenting with their tactile sense, balancing on the edges, moving backward, forwards, and sideways, going inside and coming back outside, discovering shortcuts, and playing with their sense of direction. The most fantastic thing for children, though, is actually building the labyrinth. They can use sticks, stones, ropes to do so, or dig it in sand, mud, or grass.

Advanced variations
You can accompany children as they hunt for natural tools to measure the length of sticks or ropes, weigh the stones, and count or estimate the length of their labyrinth in feet (or human steps). Designing labyrinths challenges children and helps them discover the complexity within simplicity. 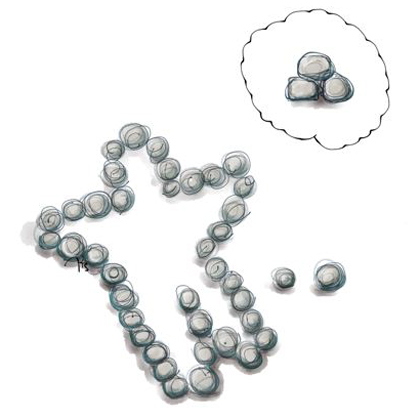 Children love rocks! They love throwing them, rolling them, and using them to build things. «While the child builds up the tower, she is actually building herself too,» wrote Kükelhaus in his reflections on the ways that bodies can learn. How about giving children an opportunity to compare natural shapes with their own shape?

Feeling comfortable in space is something children need to experience starting with their own proprioception. Learning in outdoor spaces allows them to explore how their body feels comfortable about the earth and gravity.
Advanced variations: Using materials such as tree slices, bricks, or bales of hay or straw, you can “sketch” a huge body on the ground and work on imagination and storytelling, or teach children about the human body by walking on the outline.

It doesn’t matter what the area outside your facility looks like; it simply has to be a place out under the open sky. So if you can, try to invest 20 minutes of your class time, choosing materials for your students ahead of time and then enjoying yourself as you observe their natural curiosity in action. I have no doubt that each of you will find ways to implement the above-mentioned three purposeful play ideas with success. And once you’ve gotten used to working outdoors in the daylight, just imagine how many variations you could think up to teach anything you want!
Don’t forget to gradually extend your and your kids’ time outdoors to one hour a day or longer and discuss how things went with your colleagues.

In conclusion, if kids are given the opportunity to do some quality learning out in the daylight for 60 minutes or so each day, in addition to the time they already spend outdoors before and after school, plus one more hour of outdoor playtime during recess or other free moments during the school day, they’ll be that much closer to the ideal three-hours-a-day daylight goal. What’s more, as they learn outdoors and have fun playing, they’ll also be safeguarding their vision.

If you’d tried to implement my suggestions outside of your classroom you should really let me know about your experience — even if something’s failed! This is why I’m leaving here my email address for you: I’d love to hear from you soon! 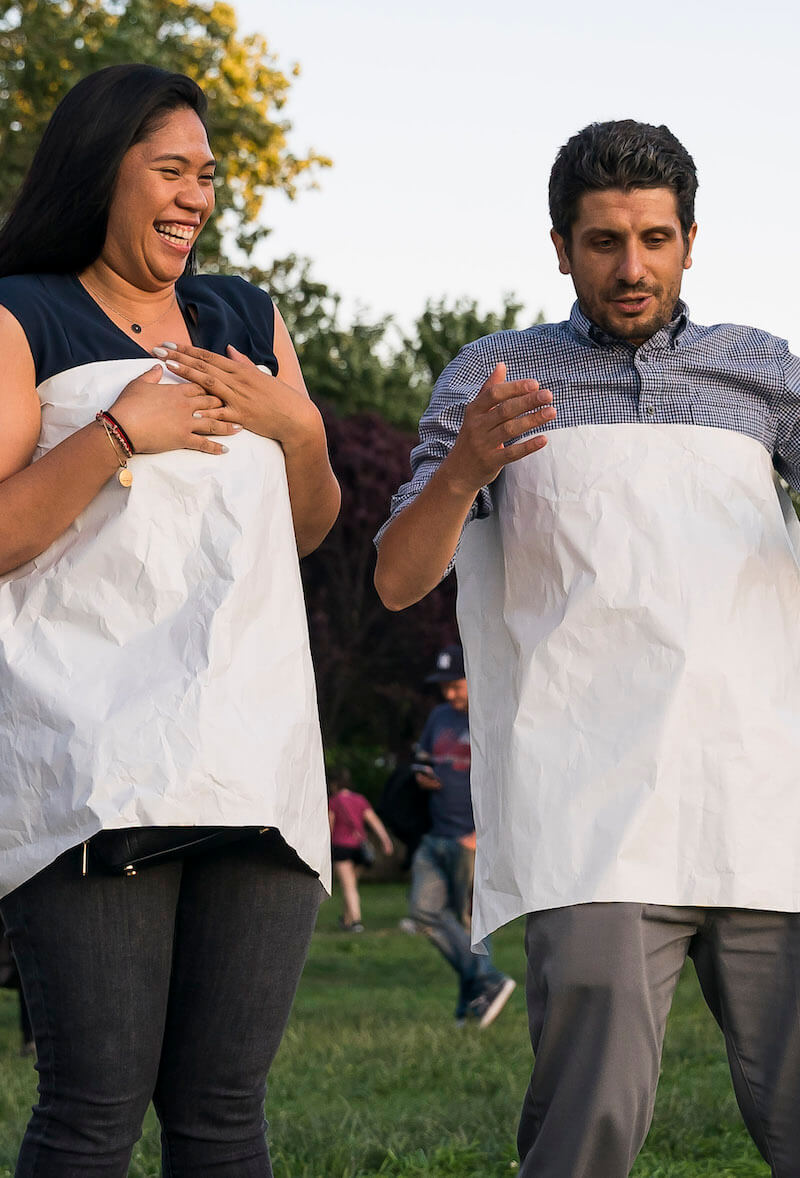 Tommaso is the founder and facilitator of Embodied Learning. 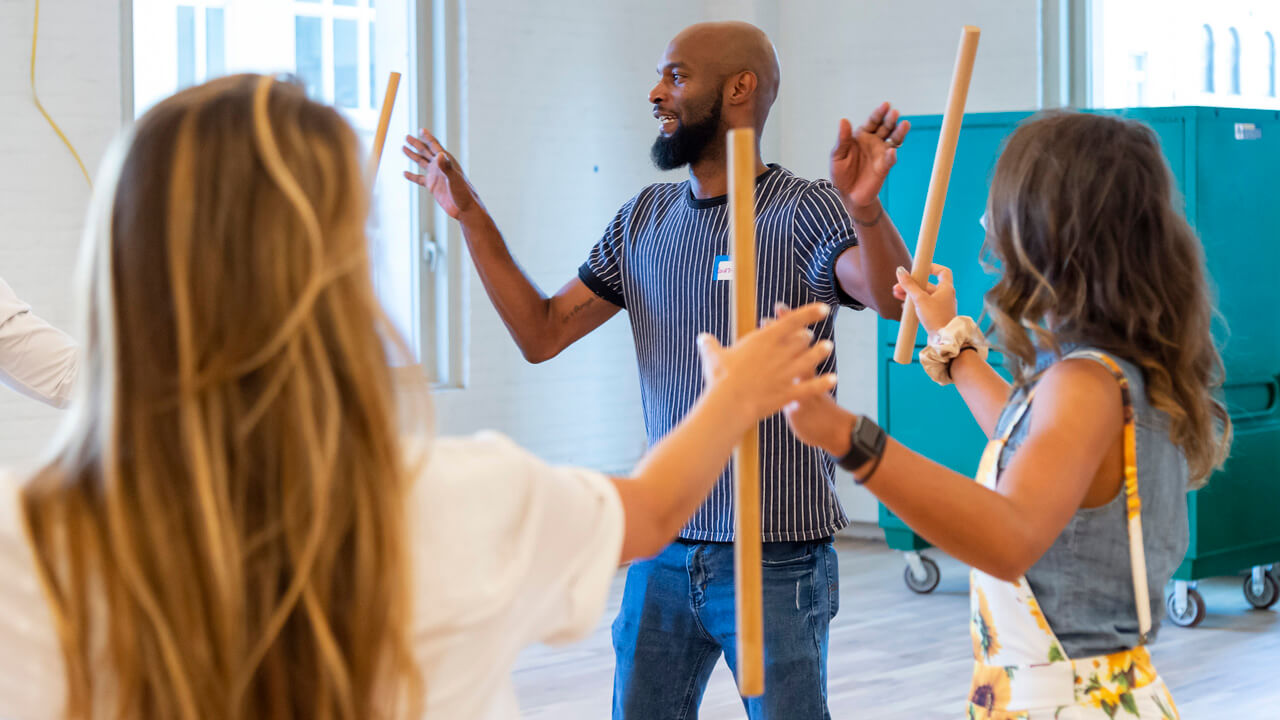 Receive the latest news about Embodied Learning and updates about in-person and virtual events.

You have Successfully Subscribed!